Which technique for my breast lift case would be better?

I'm 30 years old I have one pendulous breast with the nipple directed outward and downward. I want to undergo minimal lift of this breast to look similar to the other breast. Is the crescent incision better than donut incision? Can I undergo this surgery with local anesthesia? 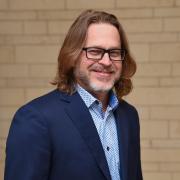 There are multiple options for you. It is important to have a thorough exam to have all of your options explained. I know there will be an Aesthetic Society Member, Al Aly in Abu Dabi if that is an option.

Several techniques could be used to correct your case ranging from the crescent incision to the donut incision or even sometimes a circumvertical incision. The one that is best for you depends on how pendulous your breast is and how elastic your skin is and whether there will be a need to decrease the areola or not as compared to the contralateral sides. There are several ASAPS members in the Middle East and I am sure you can find someone who can help you. 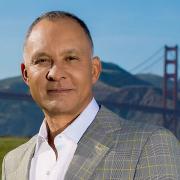 Thank you for you question. A donut lift is only good if a breast implant is used. The purse-string will flatten the breast with distortion. A superior crescent lift is adequate only if a small lift is required, like a centimeter or two. Local anesthesia is possible. A consult is needed and without pictures it is difficult to say what would be best. Good Luck

A true pendulous breast with nipple pointed downward may need a breast lift with a vertical component, it depends on the amount of ptosis that you have. Crescent lifts can only elevate the nipple areola a small amount and can flatten the areola. Please see an experienced board certified plastic surgeon for an exam. Focus on the best result to achieve the look you want and let an expert recommend the best technique to achieve that result. 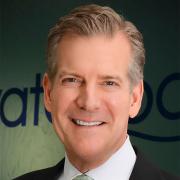 The ‘circumareolar mastopexy’ (‘donut’ or ‘Benelli’ mastopexy): this surgery is really not a mastopexy at all, even though plastic surgeons commonly refer to these surgeries as mastopexy procedures. The term ‘mastopexy’ means breast lift, and a circumareolar excision of breast skin followed by closure of the resulting wound absolutely does not lift the breast. As this surgery tightens the skin selectively over the apex of the breast mound, it actually serves to flatten the breast and reduce projection. It does nothing to tighten the lower pole and does nothing to lift the position of the overall breast volume relative to the inframammary fold.

If your surgeon is recommending a ‘circumareolar’ or ‘donut’ or ‘Benelli’ mastopexy, insist on seeing as many postoperative photographs as possible. I can almost guarantee that you will not like what you see, and that you will not be inclined to have that surgery - which is not truly a breast lift surgery - performed on your breasts.

The driving force behind the "crescent lift" and the "doughnut lift" is a desire to eliminate the vertical scar between the areola and the inframammary fold. However, if the nature of the surgery by definition results in a less favorable and much more noticeable scar around the areolar border, and the surgery simultaneously tends to flatten and reduce the projection at the top of the breast mound, these consequences are not a reasonable trade-off for the elimination of the vertical scar. Especially since the vertical scar, in most patient, fades to a faint and minimally noticeable line with attentive postoperative scar management and the passage of enough time

How do I fix puffy areolas?
1 Answer
Breast lift and correction of inverted nipple at the same time?
3 Answers
Can a breast lift be performed without moving the nipple?
1 Answer

Aesthetic Society member surgeons are available to answer your questions about cosmetic plastic surgery and aesthetic medical procedures. Get the expert answers you need from trusted board-certified surgeons!