I had surgery to lift my eyelid two months ago (I only have one eye, the other side, the prosthetic, is lacking volume). Ten days ago I had Botox injections for migraines, by a neurologist. I asked him to avoid my eyebrows, because the Botox injections have made one eyebrow lower (not on the eye that was operated, on, the missing eye). So he did the center (the muscles that pull the brows together causing the "11" frown lines) and then the scalp.

My eyebrows are fine, still where they were and going up and down. The eyelid that was operated on is now sagging. Also, 2.5 weeks after the surgery, I went to the surgeon's "medispa" and my eyelid was burned. It blistered very badly and is still rather magenta. The scar feels tightened and is still painful, it is raised and ugly. Anything I put on that eyelid (creams, makeup, whatever) just dries on it. I was using Mederma on the scar (nighttime) but was told to stop that and do nothing.

Is there any hope for this to heal and look normal? I'm not happy with the "lift", the corner of my eye wasn't lifted, I think I got the "Medicare mini-lift"! How long should I plan on waiting before going to a plastic surgeon? I want a face lift, including having this eyelid fixed correctly. 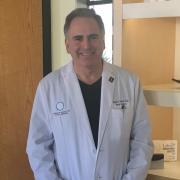 I think for now you need to follow up with your plastic surgeon. Its still early to judge the results of your surgery. You can also get a second opinion if you are concerned. 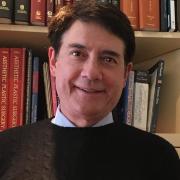 Hello - I would suggest that you go to a plastic surgeon as soon as possible. At a minimum, the time spent may reduce your anxiety. It would also allow a Board Certified plastic surgeon the opportunity to see your concerns. If you have pictures of how you looked prior to surgery, bring them with you.

Hi. I am sorry that your surgery and post-operative course has been less than you expected or hoped for. I concur that the wisest course of action is to locate a board certified plastic surgeon (by the American Board of Plastic Surgery) who has significant experience with blepharoplasty and brow lift procedures. Generally it is not recommended to "jump" into another surgical procedure until the effects of the Botox has warn off, unless their is evidence of excessive dryness of the eye and conjunctival (clear lining over the eye and inside eyelid) injury. Bring any recent pre-operative photos to your appointment and I suggest that you request a copy of the operative note from your recent surgery and record of your botox treatment and have those available too. Best wishes.

There are many things going on here, unfortunately! There are medications like lopidine that can correct drooping lids after Botox. Scarring and burns need attention of either a BOARD certified plastic surgeon, who specializes in eyelid surgery OR an occuloplastic surgeon. 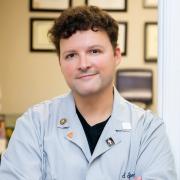 Hello,
I am sorry to hear about some of the issues and concerns you are having post operation. Blistered eyelid does sound very painful! I suggest consulting with a Board Certified Plastic Surgeon. When planning a cosmetic procedure it is always best to consult with at least three different Board Certified Plastic Surgeons. Make sure you are comfortable and find a doctor that you can communicate with well so that you both have a good understanding of result expectations. Good luck in the future and thank you for your question!

Aesthetic Society member surgeons are available to answer your questions about cosmetic plastic surgery and aesthetic medical procedures. Get the expert answers you need from trusted board-certified surgeons!